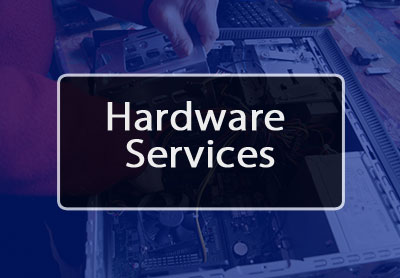 Computer hardware includes the physical, tangible parts or components of a computer, such as the cabinet, central processing unit, monitor, keyboard, computer data storage, graphics card, sound card, speakers and motherboard. By contrast, software is instructions that can be stored and run by hardware. Hardware is so-termed because it is "hard" or rigid with respect to changes or modifications; whereas software is "soft" because it is easy to update or change.

Intermediate between software and hardware is "firmware", which is software that is strongly coupled to the particular hardware of a computer system and thus the most difficult to change but also among the most stable with respect to consistency of interface. The progression from levels of "hardness" to "softness" in computer systems parallels a progression of layers of abstraction in computing.

Hardware is typically directed by the software to execute any command or instruction. A combination of hardware and software forms a usable computing system, although other systems exist with only hardware components. The computer case encloses and holds most of the components of the system. It provides mechanical support and protection for internal elements such as the motherboard, disk drives, and power supplies, and controls and directs the flow of cooling air over internal components.

The case is also part of the system to control electromagnetic interference radiated by the computer, and protects internal parts from electrostatic discharge. Large tower cases provide extra internal space for multiple disk drives or other peripherals and usually stand on the floor, while desktop cases provide less expansion room.

All-in-one style designs include a video display built into the same case. Portable and laptop computers require cases that provide impact protection for the unit. A current development in laptop computers is a detachable keyboard, which allows the system to be configured as a touch-screen tablet. Hobbyists may decorate the cases with colored lights, paint, or other features, in an activity called case modding.